Based on the patented methodology the abstract definition is as follows:

Apparatus and method for the detection of materials Abstract

The emitted modulation being the product of the electronic excitation of the target material and detecting an interference of modulated magnetic fields.

2. Picture above is showing HEDD1 internal parts and the magnetic field.

The 2 pairs of permanent magnets (on top and at the bottom of the container) and the container with the corresponding characteristic chemical structure of the target material inside, which is permanently modulated through the magnetic field.

The following characteristics apply to the magnets used in HEDD1:

The magnets create a DC magnetic filed which is described with the data from this table. The device HEDD1 creates a specific magnetic field, which is modulated by the electron-vibration energy specific for NO2, NO3, O- (oxygen negative ion).

This primary field interferes with the earth magnetic field and thus creates the necessary conditions for the activity of the magnetic interference, which appears between the source (HEDD1) and the target or material containing ions NO2, NO3, O- (oxygen negative ion).

Based on this abstract description and technological principal HEDD1

HEDD1 forms a Modulated Magnetic Field (MMF) that allows detection of all types of commercial and military explosives (TNT, Dynamite, Ammonite & Diesel, PETN, RDX, Gun-powder, Semtex, C4 etc.) including liquid explosives (TATP etc.) and weapons and ammunitions within a distance between 2-100 meters behind and through all types of barriers (including concrete, steel etc.).

The specifically modulated magnetic field around HEDD1, interacting with the vertical component of the earth magnetic field creates the conditions for detection of chemical compounds, containing -NO2 / -NO3 and O–.

The bond energy (“vibrational energy“) between Nitrogen and Oxide is unique in explosives. The magnetic field that is modulated from HEDD1 is tuned for this “vibrational energy“ and no other substances will be detected from the device. 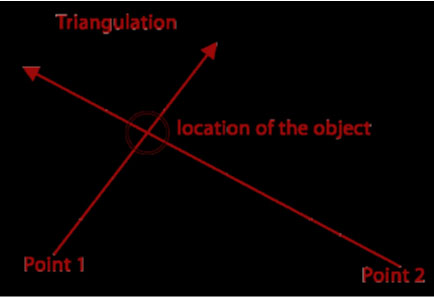 (4) The detection of explosives is achieved with the cross bearing method (Antenna used as a pointer), showing the line of interference.

Checking with HEDD1 from 2 different points (angle to the target and distance might vary) using triangulation will provide the location of the target.

HEDD1 forms a modulated Magnetic Field (MMF) that allows detection of most types of commercial and military explosives (TNT, Dynamite, Ammonite & Diesel, PETN, RDX, Gunpowder, Semtex, C4 etc.) including liquid explosives (hydrogen peroxide based) within a distance between 2-100 meters behind and through all types of barriers (including concrete, steel etc.).

With HEDD1 the classification of objects and areas can be achieved immediately, as the device is ready for use without any warm-up time. HEDD1 is maintenance-free and designed for continuous use in all climate conditions.

Due to its long-range detection capabilities, HEDD1 is a great complementary tool for all existing explosive detection with K9 or vapor tracing methods, as strategic classification and proactive measures become possible for the first time within existing resources. Even weapons and ammunition will be detected, which makes HEDD1 also specially advantageous for any police and military applications whether stationary or mobile.

Operational temperature: -20°C – +55°C, Wind: up to 1m/s (the effect of wind can be reduced through special techniques, provided during the training).

Detection of all explosives in one search-round,

Save resources due to fast and efficient usage,

Detection of liquid explosives such as TATP etc.,

Can also be applied for weapons, ammunition, landmines, etc.